"Hello. Silicon Shores Police Department. How may I direct your call?"

"All right. Let me transfer you to Detective Balestrom."

"Hello. This is Detective Balestrom." 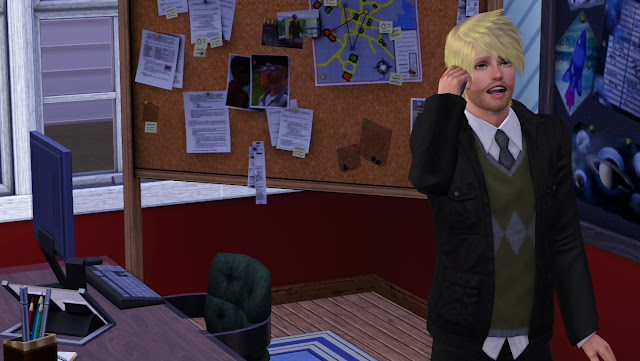 I write down the make and model of my sister's car, Lamborghini Murcielago, on a notepad.

"What else can you tell me about the theft?" "It was a week ago, I think your mother has it. We got in a fight and I kicked her out. Verona went outside and saw her car was gone. I think that your mother wanted to get back at me or something, since I bought Verona that car as a birthday present. I'm reporting it as a theft because I don't want her living here anymore, and she hasn't been back to return the car, nor get any of her things. Sorry you had to find out this way, but I think I'm going to file for divorce."

"No, that's okay, Dad, at least you're telling me directly, so that's still better than through the grapevine. Do you want me to arrest her when I find her?"

"Yes. I'm not going to press charges after that, but I do want Verona's car back."

"Okay, I'll search and see where she might be. Do you have any ideas?"

"Well, she is good friends with Caroline Wessex, and she likes to go to the country club a lot."

"Do you think Mom would skip town at all?" 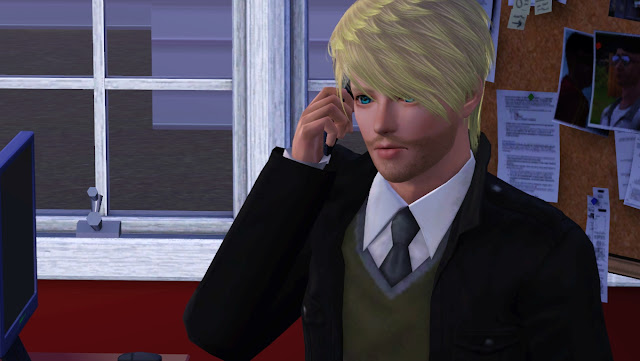 "No, I don't think she's that smart. She doesn't know how to survive on her own very well, she's always been pretty dependent on me."

"All right, well, I will look into it and call you when I find her."

As I hang up the phone, I roll my eyes thinking of my mother. I'd always gotten along with her just fine, but I knew she was a very judgmental person. The only reason she liked me and treated me well was because what I did with my life happened to be appropriate in her eyes. Of course, when I decided to switch careers from being a doctor to a police officer, Mom wasn't happy. I never cared though, I needed to do what made me happy. I'm still married to Aphrodite, whom Mom loves. I'm not sure I understand how Aphrodite gets along with Mom so well since she's not so critical like Mom. Maybe she just has good people skills. I used to be kind of chicken when it came to Mom when I was younger, hence the fancy medical degree. I always knew in my heart I wanted to be a police officer, but I never had the courage to tell Mom that. After I saw how Mom treated Verona when she stood up to her, I didn't want to lose her love. I always felt bad for Verona, but I never stood up for her, and I think Verona kind of hates me a little for that. Dad always got angry at Mom for picking on Verona, so I can't say that Dad telling me he wanted to file for divorce was a shock to me or anything. I'm more surprised Dad put up with Mom for so long. I wonder what it was that caused the straw to break the camel's back. 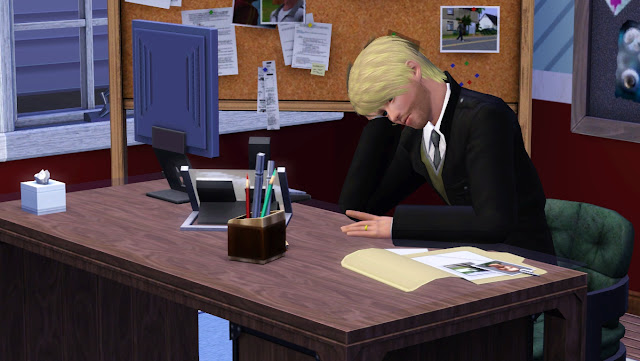 "Oh thanks. Titanium gave it to me the other day.  Do you want to eat with me? I can make some spaghetti."

Verona follows me into the kitchen, grabbing some pots and pans for me. I get some food out of the refrigerator and start cooking. 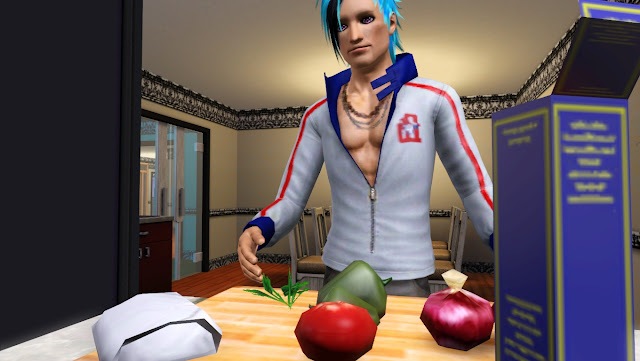 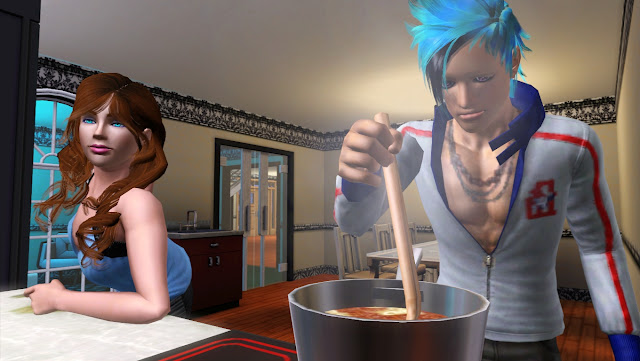 "Absolon, what do you know about that place where Titanium and Camo live? Camo tells me all sorts of weird things that he has to do and I have to admit, I'm not okay with them."

"Well, my mom was part of that place for a while. It eventually got into her head so much that her actions tore my family apart."

"Wow. I am so sorry. You don't have to talk about it anymore if it bothers you."

"It's all right. I've been telling Titanium about it when we hang out, I can tell you too since you're like a sister to me now. Well, my mom and dad used to always fight, and then they made up for a little while. My dad went to a therapist, and my mom went to that shelter. She made a bunch of friends there, and for a while, it appeared to be helping her. About a year and a half after she started going there, though, she started acting weird."

I was sitting on the couch with my dad playing a video game, when Mom came home, looking sullen like she had been every day now. She was wearing what looked like secondhand clothes, but Dad and I never said anything about it to her, even though we thought it was weird since Dad made enough money for the both of them that Mom could have bought nice clothes for herself if she desired. For some reason, though, she always came home in unfamiliar clothes that were really crappy looking. Today she was wearing a long sleeved shirt with a cheesy cat on it, and a long, unattractive skirt. 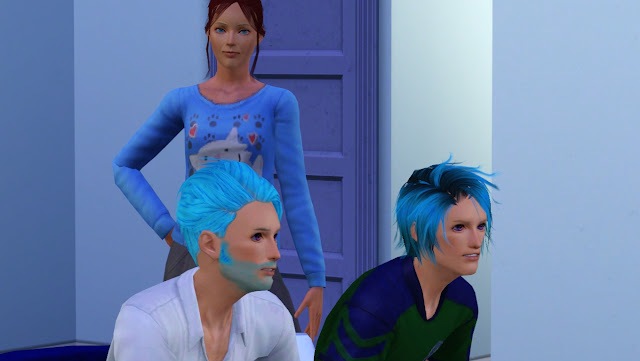 Mom stood there for a while, with her hand on her hip. Then she said something condescending, which she had been doing a lot lately. Neither my dad or I could explain the drastic change in her behavior because she had always been the one who was trying to get my dad and I to be friends, which we now were. We didn't understand why she wasn't happy with us.

"Video games are so violent. You shouldn't be playing them, they will get into your head and corrupt your soul."

"Chill out, Mom, it's just a game, a way to relieve stress, you know? I'm not going to do the things in the video game in real life."

"Well, regardless of that, it's not good for you. I don't want you seeing such things."

Mom walked in front of the television and shut it off. 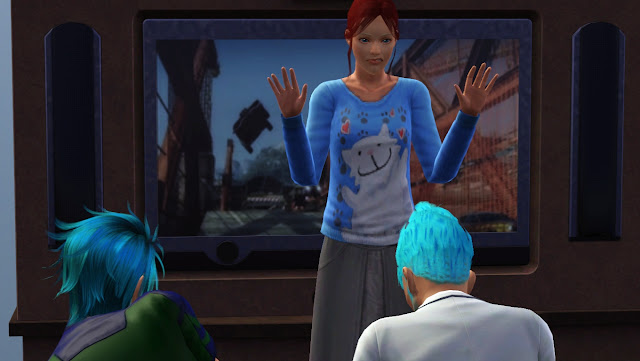 "There. That's better. Read a book, it's healthier for you."

Dad yelled, and I sat there, rolling my eyes. This was the source of a lot of their fights now, Mom would come home after a day with her new friends, then pick on me or Dad for doing something completely normal. I tried to turn the television back on while they were fighting, so that I could at least save the game, but as soon as I got my hand close to the button, Mom stopped yelling at Dad long enough to swat my hand away from the screen.

"What the hell, Mom? I just want to save the game."

"No, Absolon. It's not worth it, you don't need to save such rubbish."

"Andromeda, don't be ridiculous, just let him save the game!"

"There's no point in letting him do that, he won't be playing it again anyway, so he doesn't need to save his place."

Dad turned the television back on, and then held Mom so she couldn't turn it off. 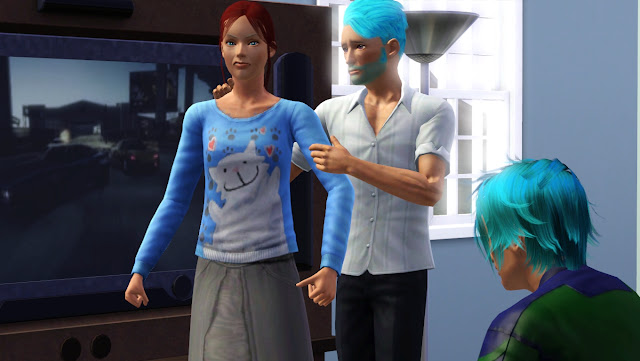 "Absolon? Save your game and then go to bed, okay?"

I did as I was told, and then fell asleep to the sounds of them continuing to yell at each other.

"Anyway, Mom was completely screwed up in the head and she kept weirding out Dad and I. I really thought she'd be happy that Dad and I were getting along, but she didn't seem to care, which was especially strange since that was what she had wanted us to do for as long as I can remember." 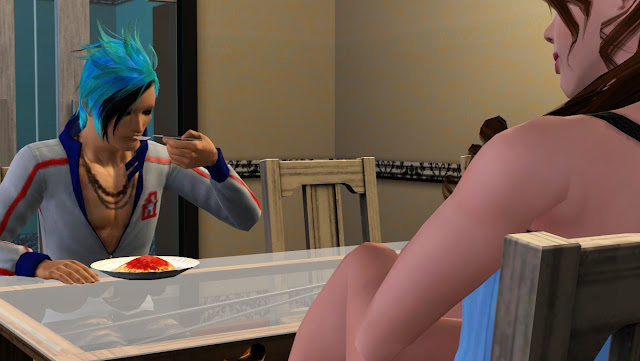 "Wow, Absolon, I'm sorry. It was those ideas the shelter taught your mom that was making her act differently?"

"Yeah. She was getting brainwashed."

I get up and wash our dishes and Verona follows me, with her hand over her mouth after I said the word brainwashed.

"Oh no. Does that mean Titanium and Camo are getting brainwashed? We have to get them away from there." 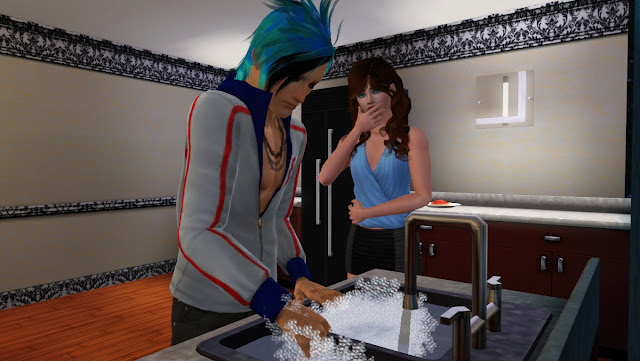 Camo slowly opens his eyes. He feels that he's on a bed instead of the floor, hears a faint beeping sound, and notices he's in a brightly lit room. He looks around and sees Titanium on another bed, similar to his. He's wearing sweatpants and nothing else, with a tube coming out of his arm. Camo realizes he's in the clinic of The Compound. A week must have passed already, and he's glad he survived it. He's also happy to see Titanium is in the room with him. 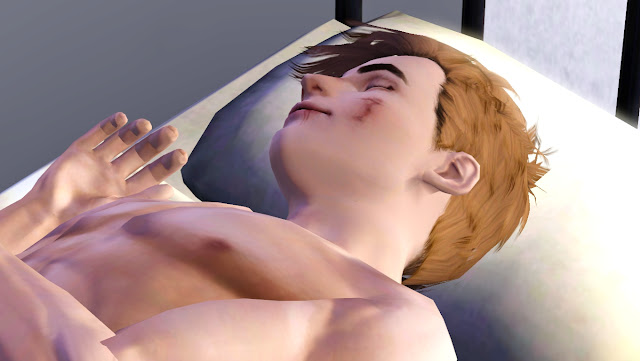 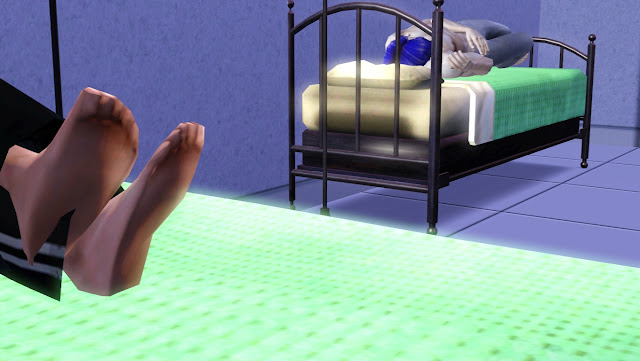 Despite the relief Camo feels from no longer being in Isolation, he does not feel at ease in his heart. Nothing about his life is by any means okay to him anymore. Camo has never felt right in this place, even though it's the place where he grew up, the only place he's ever known. He thinks of how Verona's father treats her, and wants someone like that in his life, not someone who is constantly berating him, making him feel stupid all the time. He feels bad for Verona because he thinks of her mother and how mean she was to him, reminding him completely of the same way that he gets treated here. Camo wonders if it's possible to leave a place like this. Thinking about it more, he's never heard of anyone leaving, just coming. He's fairly certain if he just tried to leave, he'd be chased his whole life because The Leader would want him to come back. If he got caught, he'd probably be beaten again, and he knows he doesn't want that. For now, he decides that he'll just keep thinking about leaving, without mentioning it to anyone because he knows that he and Titanium are probably under close scrutiny after this incident. 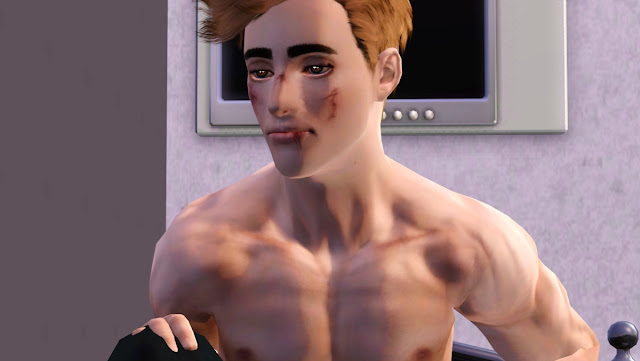 Posted by LateKnightSimmer at 10:34 AM