In the solitude of my room, finally, I let out a menacing Hulk-like yell. Is it bloody Wednesday yet?! I want to see Camo so bad. I could drive over to his shelter, but I have a weird feeling about it, and I don't know if me going there would get him into trouble, so I refrain. 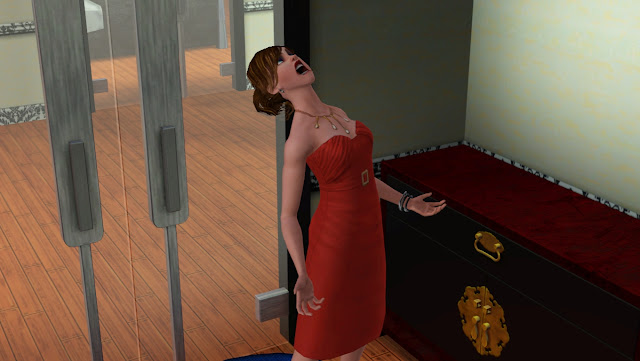 I pull the barrette out of my hair and shake my head around so my hair goes everywhere. I change out of my cocktail dress and throw it on the floor. I look at my dress and feel a little bad for it because I do like it, but I really needed it to go away. I yank open my dresser drawer and find a pair of shorts and my favorite shirt. After putting on the new clothes, I slam my dresser drawer so hard that the dresser almost lifts off the floor. 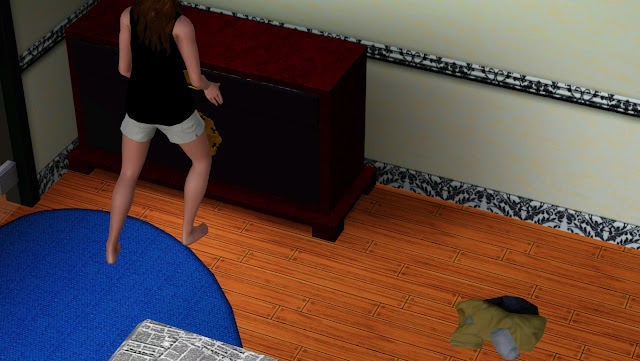 When I am done causing commotion in my room, I hear the faint voice of Daddy being upset with Mother. Good, the bitch deserves it. They're talking about my older brother, Victor, whom Mother prefers to me because he's bought into her uppity attitude, marrying some dumb bimbo from the university he attended. I stop listening after I hear Victor's name and stomp up the stairs to the audio visual room where I can play Call of Duty on the massive screen as loud as I want because of the sound dampening built into the walls. I could play it on the television in the main area, but Mother wouldn't want to hear the "infernal racket" as she calls it. A thought passes my mind of doing it on purpose to piss her off, but I decide against it because I actually want to spend my time playing rather than talking to her. 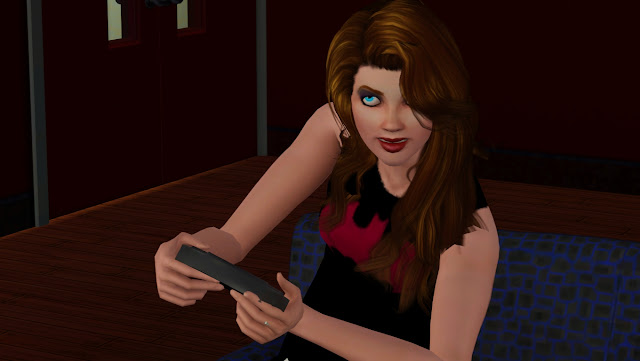 I come home to tension so thick I don't think it could even be cut with the most powerful sword invented. Verona looks like she is ready to explode and Kalya is smiling. Verona storms off and I hear her scream. Why does Kalya continue to torment our daughter? In all my years of being with Kalya, this is the side of her I have never been able to understand. It's like she's two different people with our children. With Victor, she's a smiling, kind, nurturing mother, and with Verona, she's a controlling, overbearing, dictator of a person. The thing that drives me crazy the most is she does all those things to Verona with a smile on her face. I think I may have an idea of what happened based on how Verona was dressed, but I still ask Kalya to give me her side of the story.

"Oh the most wonderful thing, Charles."

Is she serious? Did her and I not see the same girl standing in the room? I close my eyes, and try to remind myself this is my wife. Sometimes when she acts like this, it's hard for me to talk to her. 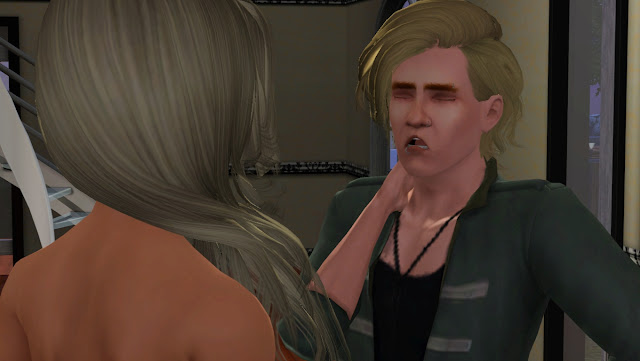 "Verona went on a date with Marcus and they finally talked."

"Kalya, Verona did not look like she thought this was a wonderful thing. Did you set up this date?"

"Did Verona agree to go?"

"Yes, she went of her own will. I hope something becomes of this. Oh, Charles!"

Kalya throws her arms around my neck and hugs me tightly. I put one arm around her, but I don't squeeze back because I'm extremely unhappy with her right now and I don't want to hug her. She notices I'm being a little cold and pulls away from me. 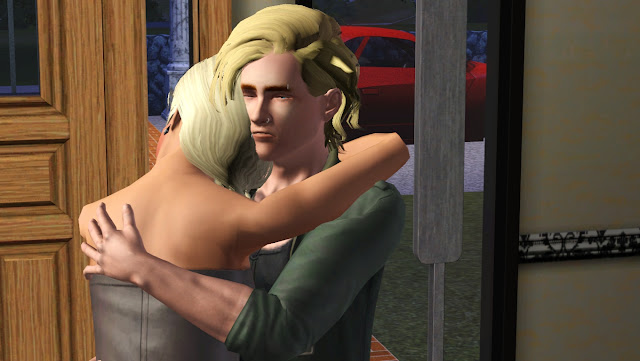 "I'm not pleased with you right now, Kalya. Verona did not look happy, in fact, she looked very angry. I don't think that something should become of this. Is the look on her face she had tonight really how you want her to look for the rest of her life?"

"It will be better for her in the long run. Maybe she just got off on the wrong foot with Marcus. Another date will fix this."

"Don't you dare, Kalya. Do not set up another date for her. She obviously did not hit it off with Marcus. She should spend her time with someone she likes to be around, not someone who makes her look like she wants to throw things. I don't want her seeing Marcus again." 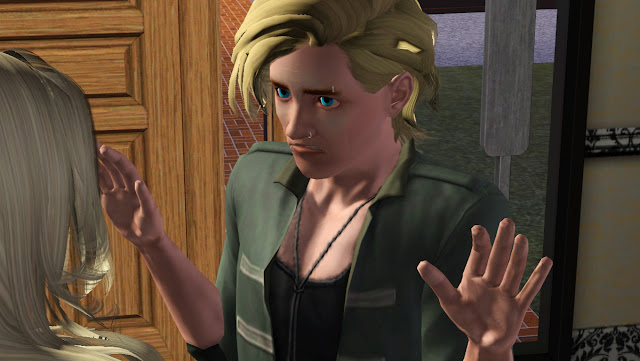 Kalya looks at me with puppy dog eyes, which have no effect on me.

"Charles, I just want Verona to be happy like Victor is."

"Victor is happy because he picked someone he liked. Verona will be happy if she picks someone she likes."

"Verona can't be happy if she doesn't stay within this lifestyle." 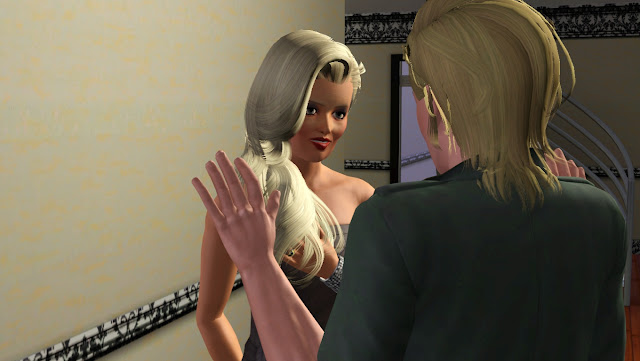 I purse my lips and feel the cold metal of my lip ring touch my upper lip. I don't know what to say to her.  When Kalya gets like this, it's very hard to get her to see sense. I don't know how many times I have to tell her that marrying outside of this lifestyle doesn't mean the lifestyle goes away. Verona's been working since she was sixteen. She's been in a few movies I've directed, and recorded some albums. She's working at the bookstore part time for something different other than the entertainment industry, but she still sings and acts when she feels like it. She has a lot of money in her bank account. I don't understand why Kalya thinks Verona is going to be poor. I don't think I can talk to Kalya any more about the matter tonight as it appears I have hit that point where it's like I'm talking to a brick wall, so I excuse myself with a kiss on her forehead. I pull out my cell phone because I want to talk to Verona, but I don't know where she is in the mansion. I know she always has her cell phone on her, though. 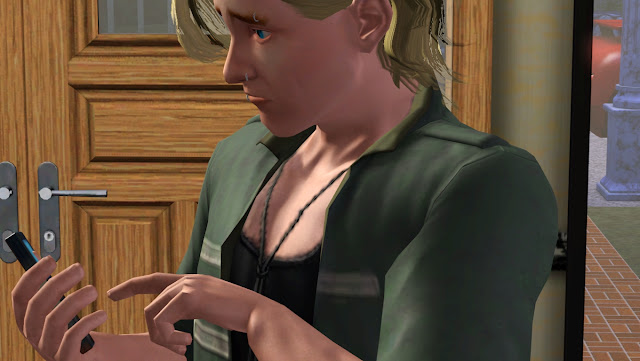 Ha, take that, stupid pompous Marcus. I'm pretending that the enemy bots are all Marcus, and I'm shooting him in the head.

I hear a buzzing noise amidst the gunfire and explosions of my video game that seems out of place. I look at the floor and see my phone lit up. I've gotten a text.


I pause the game because I think that the reason Dad texted me is because he wants to talk to me, and I don't know if I'd hear the door open above the sound. Sure enough, the door opens and Dad walks in. I run over to him and hug him. 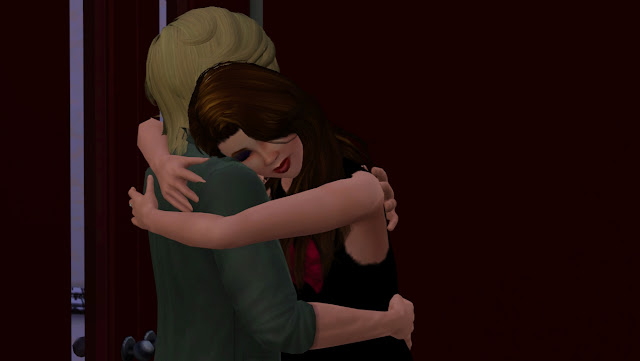 "Pretty pissed off, to be honest."

"I had a talk with your mother, but she's gone to that crazy place of hers again."

I laugh for the first time that night. I love my dad so much. 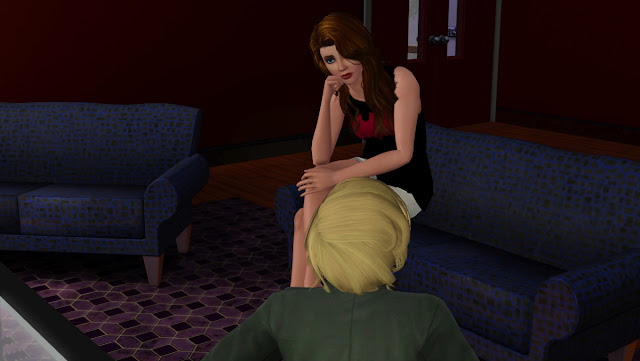 "Marcus was a complete pompous asshole. He really disrespected me because he told me we were a good match and that I couldn't possibly provide for myself outside of our social class."

Daddy shakes his head as I talk about Marcus' rude behavior. I feel myself clenching my fists.

"It's a shame some men still feel like women can't provide for themselves. Any news on your crush?"

Has it really been that long since I last talked to Daddy about Camo? Or does it just feel like it's been ages because tonight royally sucked?

"I hope you're not mad, but I asked him to be my boyfriend a while ago. I just didn't get to tell you yet. I couldn't tell Mom because I wanted to tell you first, and then the whole thing with Marcus happened. I was able to tell him about this set up and he told me to go on the date and tell Marcus I don't like him." 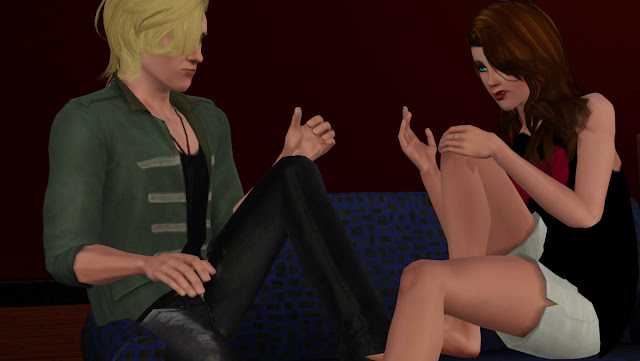 "Haha, that's a fun name. Marcus knows about him?"

"Yeah, I told Marcus I didn't want to date him because I already had a boyfriend. Then Marcus insulted him by saying he wasn't going to be able to provide for me. He insulted me by saying Camo was just a fling and that he'd be waiting for me to call on him once Camo dumps me. I had to exert an astronomical amount of self control not to kick his ass in the restaurant."

"That would have been funny to see, you in your nice dress, kicking Marcus' ass." 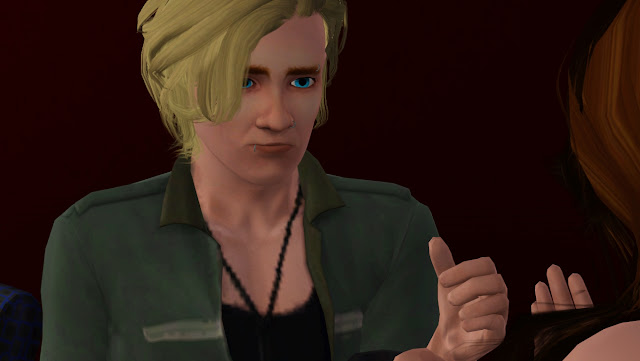 "Daddy, what am I going to do about Mom? I feel like she's going to arrange a wedding to Marcus and sell me off like a sheep."

"I won't let you get married to Marcus. It will be all right, baby girl. Your mother is stubborn when she gets like this, but in the end, this is Simerica, and you are free to be with whomever you wish."

"Thank you, Daddy. What is Mom's problem? Does she not like me or something?"

"She's delusional sometimes. She likes you, but she can't show it correctly. I've tried to talk to her about stepping back and letting you make your own decisions, but she's always got that mental block that goes up whenever social status becomes the focus of the conversation. Unfortunately, I'm not really sure if we're going to be able to actually convince her you'll be fine until you prove it to her. Inviting Camo over might be a good idea. If Mom sees you interacting with someone you like and sees that you're happy, maybe she'll get off your case. Anyway, I'm sure Camo's a good guy cause I trust your judgment, and I'll always have your back. Oh, one more thing, you probably don't need to go on any more dates your mother or her friends arrange since you've got a boyfriend now. I'm sorry you didn't get to tell me sooner, we could have avoided this whole disaster tonight."

"I think Camo's coming over tomorrow afternoon, I invited him."

Posted by LateKnightSimmer at 8:22 PM