CREDIT: Some poses are from the Unsure pack at Mypalsim's Poses for Sims 3 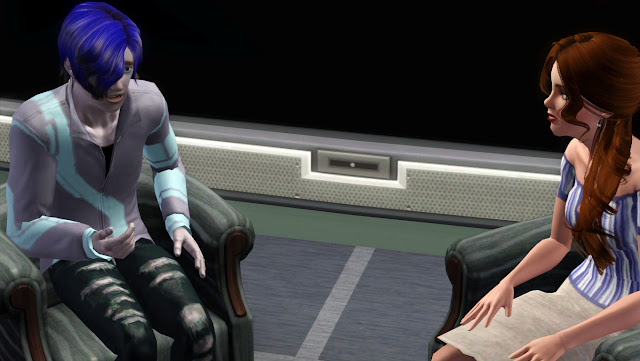 What sorts of relationships were allowed in The Compound?

Friendship level was the only type of relationship allowed. Everyone was supposed to be friends, but nothing more.

Zinfandel paces the length of the small room. She's miserable. She chides herself for being so reckless. How did she let herself develop feelings for him? She knows better, she knows the rules. It started out when she sat at the fountain and he sat down next to her. The name on his arm read Barry. 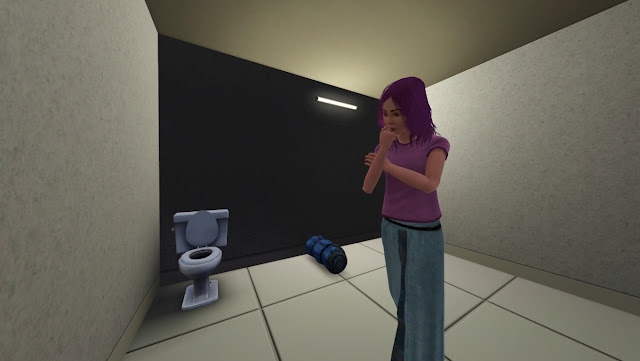 He was her first real friend. She had been talking with him for four days. They had so much in common. She didn't like Titanium and Camo because Titanium was too quiet, Camo was too loud, and they both didn't follow the rules like they should. Barry was like her, he liked the classes and the volunteer work. They both believed they were helping people. Zinfandel was surprised when Petunia told her to go to the announcement desk and The Leader was there, looking at her as if she had somehow disappointed him. 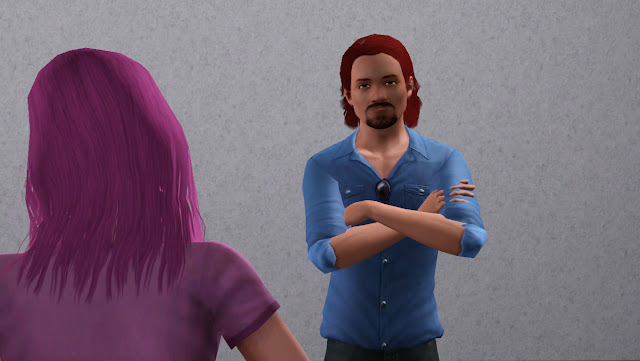 "Zinfandel, I have received a report that you have been socializing for many nights now with another resident, and that last night you let him sit close to you and put his arm around you. Is this true?"

"That is where you are wrong, Zinfandel, too much has happened already. You know you are not supposed to let anyone touch you and that you are supposed to remain only friends with everyone in this house."

"But Mr. Leader, sir, Barry is just my friend."

"Really? Are you sure? Think about it Zinfandel, has Barry been consuming your thoughts more than normal? Are you anticipating the next time you will be able to see him?"

"Well, yes, I have been thinking about him." 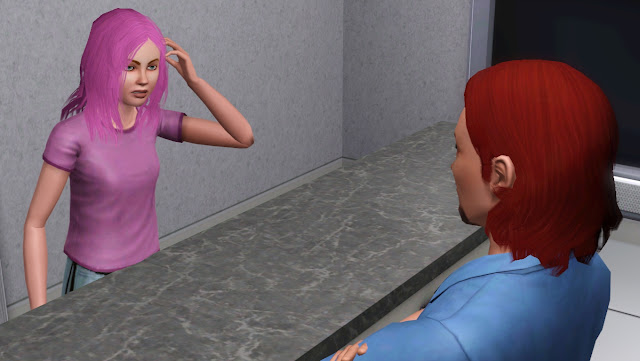 "This means he is more than just your friend. You will be punished for this, as will he."

The Leader slides a piece of paper towards Zinfandel that reads, 'Isolation Record.' Her name and resident number are written on it.

"I need you to write down the reason for your punishment and sign your name."

"What is the reason?"

"Ah, Zinfandel, my young daughter, you still have much to learn. The reason is you let yourself become intimate with someone through your thoughts. You cannot keep yourself pure if you allow your thoughts to run rampant like this." 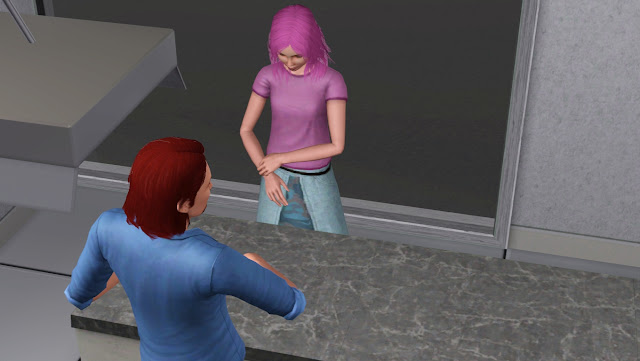 Zinfandel writes on the paper and signs her name. She puts the pen down and hangs her head. The Leader starts walking, beckoning for Zinfandel to follow him. He opens a door to a small room and waits for her to enter. Once she is inside, The Leader closes the door and she hears a buzzing sound followed by a loud click. 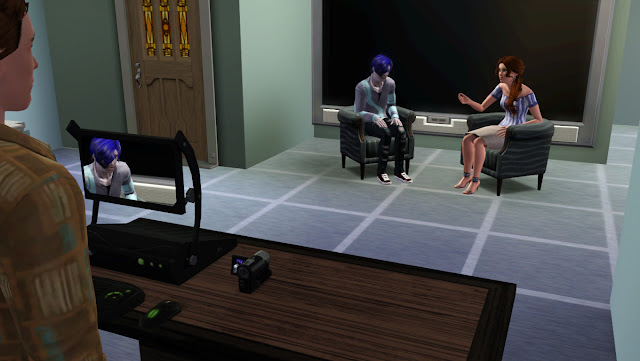 You could be punished for thinking something?

Yes, you could be punished for your thoughts if the thought wasn't pure or what The Compound wanted you to think.

Camo and Titanium arrive in class. Today's lesson is Pure Thoughts. The teacher starts the class off with a question.

"What do we mean by pure thoughts?" 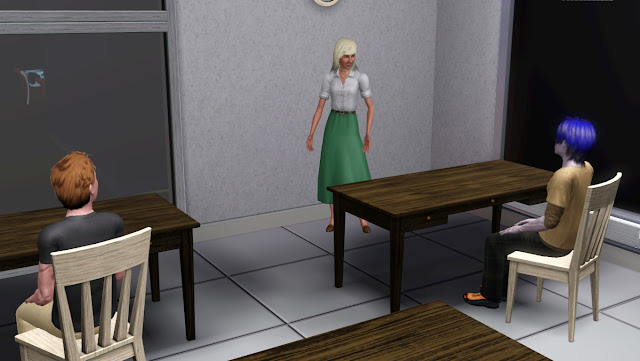 For the first time, Titanium speaks willingly and answers the question.

"Thoughts that are not corrupted by The Strangers' words and actions."

"Correct, Titanium. Although there is more to it than just corruption from The Strangers." 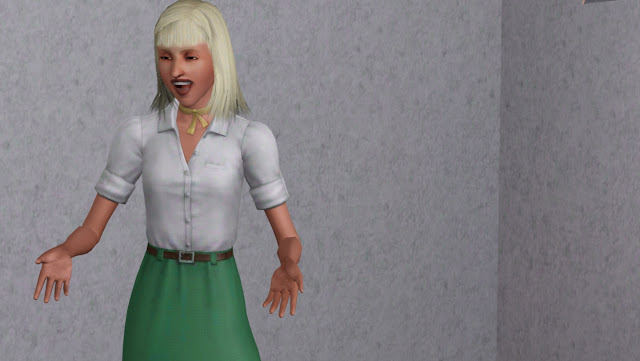 The teacher isn't upset by Camo's questions today. She finds it a good lead in, as well as a way to further the discussion.

"Zinfandel had impure thoughts about another resident in this house and she is in Isolation. This brings me to my next point."

Camo and Titanium look at each other in shock while the teacher is writing on the board. It's hard for them to believe Zinfandel could ever end up in Isolation. 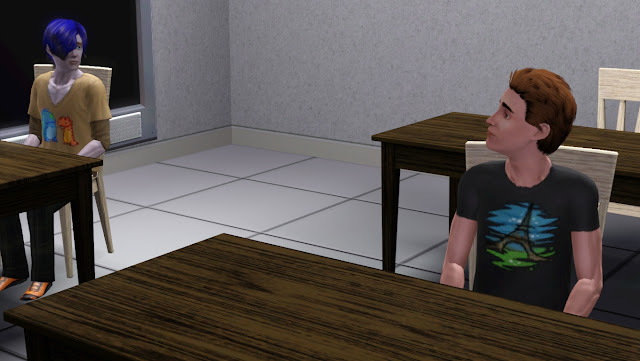 "Now. It is important for you to remember that we are all friends in this house. You should not think impurely about any other resident. This includes thinking intimately about them, or wishing ill will upon them. No resident should ever be in your thoughts so much that it distracts you from what you can do for this house. As teenagers, this means your volunteer work and your classes. You should always be one hundred percent focused on these two things alone." 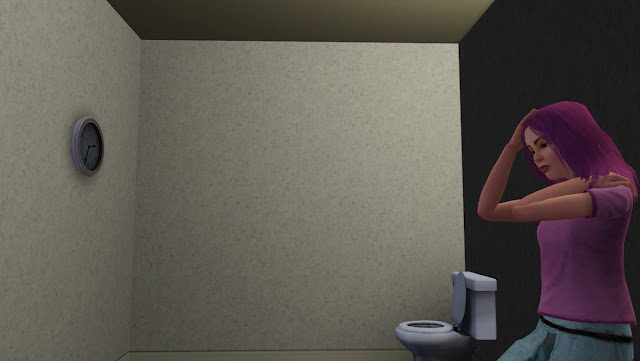 Zinfandel's stomach grumbles. She looks at the clock and swears only one minute has passed since she last glanced at it. She paces around the room some more, finally getting tired and leaning against the cold wall. She closes her eyes and almost falls asleep when she hears footsteps outside. 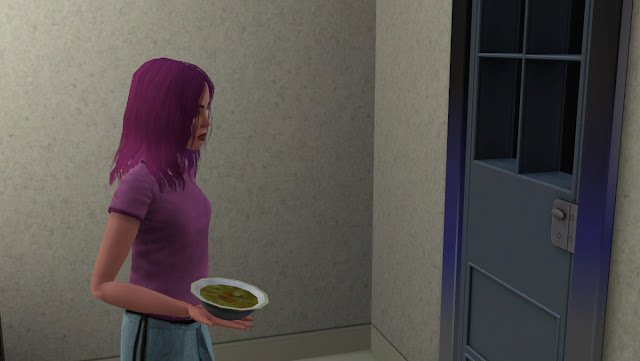 A panel on the door opens and a tray folds down, clicking in place. A bowl of soup slides in the slot. Zinfandel takes the bowl off the tray carefully so as not to spill her only source of substance and unlatches the tray, pushing it back up. The tray makes a clicking sound and the panel slides shut like a guillotine claiming its next victim. 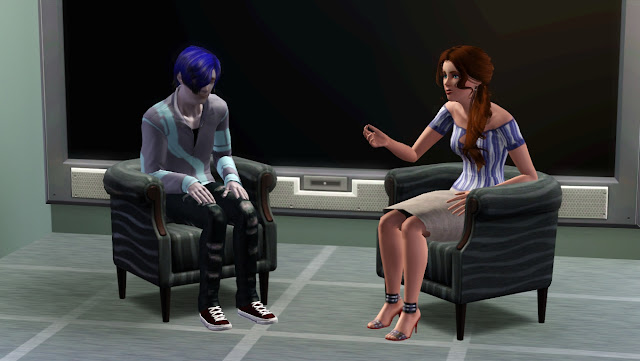 What did the teacher mean by what you can do for this house?

The Leader taught us that everything we did was for the good of The Compound. Pure thoughts, learning to volunteer, and going to class was a way to become better people. We had to be selfless, be humble and better ourselves so The Compound would look good.

"Break!" Camo calls from behind the cameras. He pushes the stop button on the camera and clicks a few things on his computer. Then he heads to the kitchen, where Mrs. Balestrom joins him.

She looks at him just as intensely as he looks at her. It's no surprise they get along so well. She's the only girl I know who isn't turned off by his personality. She's a little bit like him, blunt and she speaks her mind. He's become a lot calmer since we left The Compound. I think it's because he's happier, so he doesn't feel the need to lash out so much. 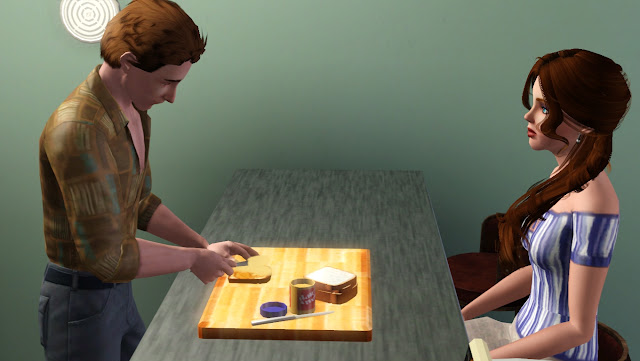 Absolon taps me on the shoulder.

"Hey, what's going on? You looked like you were in LaLa land again."

"I was just thinking about the past." 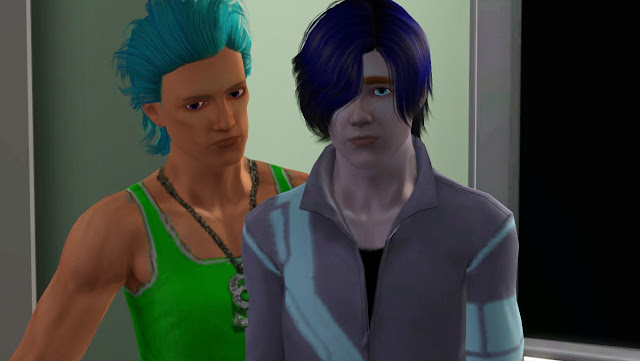 Posted by LateKnightSimmer at 12:50 PM